Love, why do you keep treating me so badly?
You steal my heart and make me act madly.
I feel you in every music playing in my head,
You echo in every wise words I have never said.
Will you keep quiet and let me reason
or you will keep me stuck in this prison?

Love please listen, my silence is loud and clear,
stop giving me bad friends and good foes to fear,
If you are really very strong, please set me free,
and if you think I’m wrong, please let me be.
I want to live and learn to never love again,
My heart is sick and tired of this pleasurable pain.
This is the last time my heart will ever get broken,
I wonder if you heard the words I have spoken…

Do I have to put this single track on repeat
or you will accept this impossible defeat?
I know you are too strong to be wrong
and your throne is where my spirit and soul belong.
Since you are too powerful to be unseated,
I declare my doubts and fears defeated.
Come and capture this special space,
make my memories a pleasant place. When I go through life’s flood and flame
And have my share of shock and shame,
I’ll rest in God, His praises I’ll proclaim,
My faithful father will acclaim His name.

A thousand may fall at my side
and ten thousands in hunger may subside.
I’ll rest in God whatever may betide.
My faithful father will provide and guide.

My earthly friends may easily neglect
In peace and joy, wars may interject
I’ll rest in God and to Him I’ll connect
My faithful father will direct and protect.

When sinful pleasures become addictive
When help and hope get too expensive,
I’ll rest in God and remain positive,
My faithful father will forgive and give.

My painful past may keep me in despair
Sins and sorrow may my soul ensnare
I’ll rest in God and His word I’ll declare
My faithful father is always there to care.

Many years ago, on a good day like this,
God decided to create a masterpiece
So He took the freshness of fountains
And the super strength of mountains
To create Her Royal Highness.

God took the sparkling rays of sunlight,
The magical glow of moonlight,
The refreshing grace of rainfall
And the cool scenery of waterfall,
To create Her Royal Cuteness.

God took he priceless wisdom of sages,
The uniqueness of divers languages,
The super clarity of eagle’s sight,
And the brightness of daylight,
To create Her Royal Smartness.

God took the gladsome mind of a dove
The limitless nature of love,
The delicious taste of honey,
And the acceptability of money,
To create Her Royal Sweetness.

God took the luxury of wealth,
The soothing relief of sound health,
The generous nature of mother earth
and the indispensability of breath
to create Her Royal Kindness…

Our dear Lynn is a pearl so precious,
A lady so versatile and virtuous
A gem so gentle and generous
A girl so gifted and glorious…
Age gracefully Your Royal Greatness.

Happy birthday to a lifesaver, mentor, sister and friend.
I celebrate you today Lynda Omerepke. 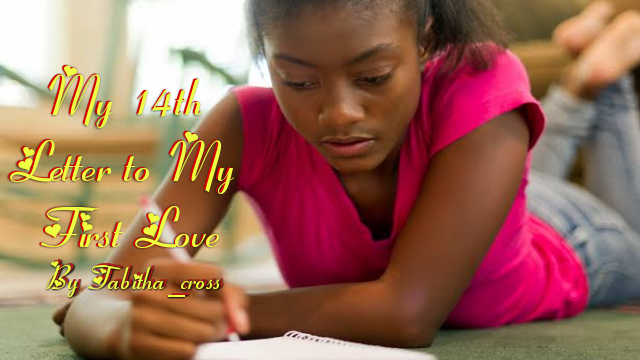 If wishes were horses, I’d love to take a longer ride with you.
But life handed us a contract of nine months.
I wonder what it was we shared at that time.
I really wonder what pleasant stories you must have told.

What pain you must have felt
I still hear a faint hum of your lullaby.
They comfort me each time in bed.
If only we had our way;
You could sit and smile, laugh as you watch my first walk and falls.

Held me tight when I got down with fever.
Nursed me when I bashed a lever.
Walked me up to school and blow me kisses
Give me a bath, wiping all the greases.
Maybe you would have taught me about love,
Then I don’t feel too naïve when around a boy.

My words are flowing with streams of tears.
My fourteenth letter is a pudding of love,
Sprinkled with lamentations.
If only I could get the chance,
I’d ride with you till I’m confident to let go
However is it now, I’ll carry you in my heart
I’ll shelter the short memories in my soul.

I love you in every way.
Now, I kiss my first love goodbye
I’ll do this every time.
I promise not to forget what your wishes might be too;
To see me grow into a fine woman like you.
Don’t you worry; we could glide through life’s rollercoaster.
I’ll keep you, right here, always here in my heart… Mother…

Taiwo Dorcas Opeoluwa (Tabitha_cross) is a prolific writer and poet born on the 28th of July, 1998 to a family of seven in Lagos, Nigeria.
She is currently studying Medical Laboratory science (BMls) at Achievers university, Owo, Ondo state, Southwest Nigeria.
She is a passionate, devoted and dedicated lady who hopes to touch the world with my talent.

She is the first place winner of the Valentine’s Journey contest organized by http://www.torietrivalboom.blogspot.com
You can reach her via awojesu45@gmail.com

O sleeping souls arise, regain consciousness.
You are not too wrong to run, be relentless,
Stop suffering and smiling with seriousness
The Savior came to save us from this stress…

When you feel your world is worthless
And your persistent pursuit looks pointless;
When your strongest pillar gets powerless…
Run to the Helper of the helpless

When you feel haunted and hopeless,
When hurts and hatred make you feel homeless,
When lack and loss make you lifeless…
Run to the Defender of the defenseless.

When close friends leave you comfortless
and you feel confused and cheerless.
When life soaks you in stress and sickness…
Run to the Healing stream for wholeness.

When hard work leaves you penniless,
And your wellspring becomes waterless,
When your passion and pursuit seem profitless…
Run with wisdom and uphold uprightness.

When sorrow leaves you speechless,
and bitter battles make you breathless
When past mistakes make you mindless…
Run to the throne of grace guiltless.

Satan strives to make us spiritless,
He pursues to leave us passionless,
He roams to rid us of righteousness…
Run to the Mercy seat with boldness.

God’s mercies are matchless,
His steadfast love is limitless,
His power to save is priceless,
Run to Him with all soberness. 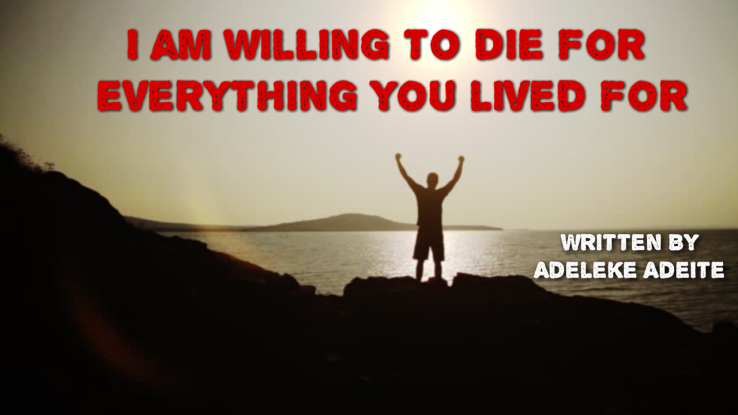 Glorious Father, Redeemer and King,
with my last breath Your praises I’ll sing.
Despite my mess, You are merciful,
in all my failures You remain faithful.

Sin and sickness strike my soul sore,
I find it hard to float my faith ashore.
Life’s burdens are hard for me to bear,
forces around me are fuelling my fear.

Despite the wars raging in my soul,
Your peace hangs on my life’s pole.
I’m willing to go wherever you lead me,
Help me to know whatever you teach me.

Nothing in this world can separate us,
I’m now joint heirs with You Lord Jesus.
Help me to live for what You died for
I’m ready to die for what You lived for.
© Adeleke Adeite 2019 Every man needs manners to be
valuable and not just available.
But a mannerless man loves to be
a bed-sinner and not a breadwinner.

His rod has parted many red seas,
with his poor palms he burnishes
many milky mountains and vain valleys.
Yet his brain is buried in Egypt.

He is single and senseless,
To him, every lady is an opportunity;
A chance to set emotion in motion,
A cheap channel to direct his erection.

His brand of humanity lacks morality,
bereft of sincerity, integrity and fidelity.
Talk of Trinity, what comes to his mind
is nothing but women, weed and wine.

He’s got skills and strategies
To cage every aimless and brainless bird.
He has terrific tools and technique
To plunder pies between loosed thighs.

His charisma takes him to pleasant places,
places where his character cannot keep him.
Don’t leave your heart open,
He is both a tourist and a terrorist.

Always in search of preys,
He has no plan to stay.
His plan is to lurk and leave.
Flock around him at your own peril.

Flee from him,or he will make you
cheaper than he met you
And leave your world worthless.
He is married and mannerless.

Lady, don’t make yourself his project,
He may pamper but won’t protect…
He may relish but won’t respect…
His goal is to get closer and connect…

He says he is crazy about you
but cannot put a ring on it.
If he can’t give you a promise of sex,
Be glad to make him an unlucky ex.

I don’t have a dream
but each time I sleep,
I see images and imprints
of a bright and beautiful life
waiting to find full expression.

I don’t have a dream
but each time I wake up,
I feel pregnant with promise,
pure passion and possibilities…
which are waiting to be unlocked.

I don’t have a dream
but each time I cerebrate,
it feels like a lion is locked
up within the walls of my heart
impatiently waiting to be unleashed.

I don’t have a dream,
but some dreams have me;
they drive me to places no one
has ever been, seen or heard of
waiting to be discovered and explored.
© Adeleke Adeite 2019