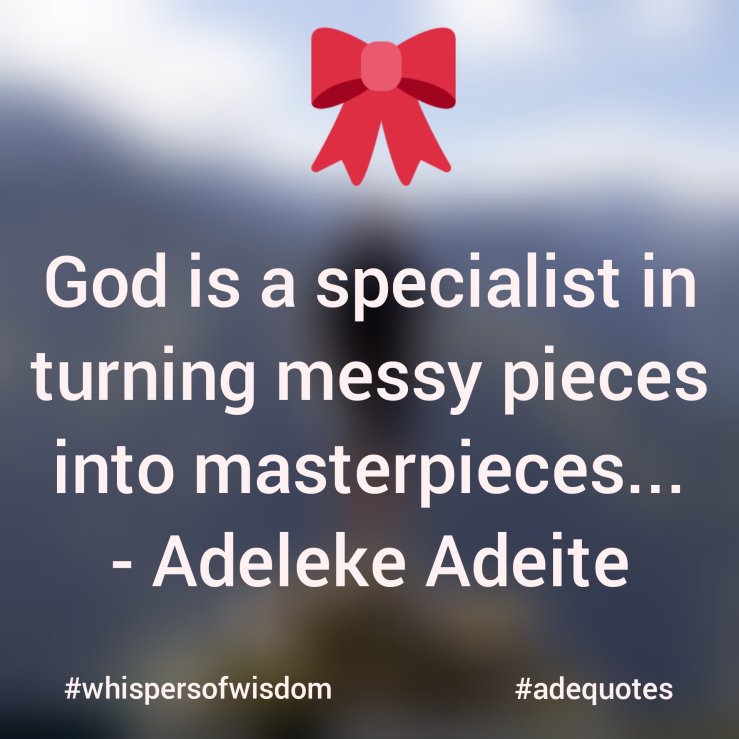 Never measure the significance of a thing by its size, and never judge the strength of a man by his muscle. Life is a potpourri of petty things that are almost priceless. Air is invisible, yet it is one of the most important elements in the world.

Our world is filled with worm-like creatures that work wonders. The human eye is one of the smallest sense organs yet it is responsible for vision and direction. As small as mosquitoes are, they are responsible for a major illness. A small key is all that is required to open the biggest door in the world.

Joel Postman wrote “Honey is not bee poop. Honey could more accurately be described as bee vomit. I’m not sure that will make you feel better, however.” We are surrounded with minute things are are marvelous and mighty in their own ways. 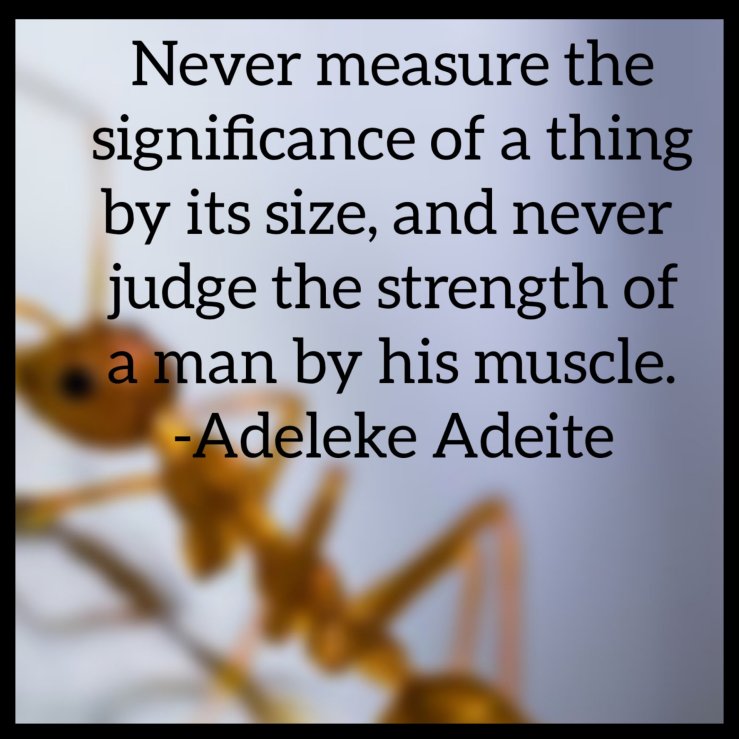 God is a specialist in turning messy pieces into masterpieces. He stored tall trees inside small seeds. When He wanted to create man, He used dust. Dust became human body with blood and bones. Imagine that! 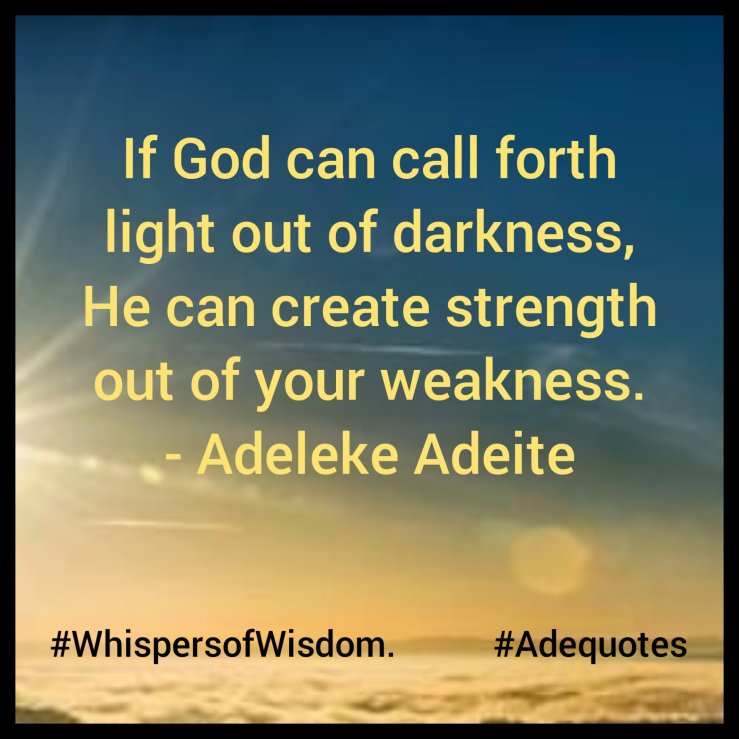 When he wanted to destroy Herod, He used worms.
When He wanted to spread the gospel, He used unlearned and unlettered men…
You are not too worthless for God to use. His strength is made perfect in your weakness. He uses our weaknesses to prove to the world that He is mighty.
God is a specialist in turning wreckages into radiant packages.
Don’t write off yourself based on your weaknesses, look out for the little light in every dark spots.

Adeleke is a poet, songwriter, author, tech enthusiast and life coach. He holds a bachelor's degree in Economics Education from the University of Ado Ekiti Ekiti State, Nigeria and a Master's degree in Measurement and Evaluation from the University of Lagos, Nigeria. He strongly believes that there is a garden of greatness in everyone who must be watered with words and fertilized with faith. He is passionate about building positive mindsets in everyone around him. He can be reached via adelekeadeite@gmail.com View all posts by Adeleke Adeite